So there seems to be a lot of confusion with independent filmmakers, on distributors and sales agents. I consistently hear that they don't know the difference between the two. Can you help add some clarity on their distinctions? It's difficult when you talk about short films, because for short films, distribution doesn't really exist or hardly exists like it does for feature films. So what I do is kind of the closest thing to distribution you have for short films, but it's only for festivals.

This is one of the few real distributors, I think, that exists for short films. But above all, it is often the sales agent that really handles almost all the rights. So the sales agent is really somebody who has an overview, and has all the right connections, and while a distributor works often more locally, or nationally, sales agents often work worldwide. It's really only a handful of short films that, in the end, get a sales agent, but those are really the people that can push the film best to TV channels, in-flight programs, and some online channels. Sometimes not having a sales agent will mean that you can hardly do anything with your film commercially.

It really depends on the agreement you have. I mean we all have to earn our money some way, and a lot of sales agents don't get paid upfront, so they have to get income one way or another. I think the same goes for distributors, although a lot of distributors also have an agreement that we don't ask for fees ever.

With feature films, screening fees are a basic thing, but with short films, it's hard to say. And also, if you play a feature in-competition with a short film, that almost immediately means you don't get a screening fee. If the filmmaker asks for a fee, that's up to them.

Can you take us through the process of acquiring distribution rights for a short film specifically and then we'll continue on from there? It's a two part question. I really only work with a handful of films - around 15 short films a year.


So acquiring for me is maybe a bit different. But a lot of the films I acquire because I hear about them, or I know the filmmakers because they approached me, but in the end a lot of people also just send me their films. If I get a film in my email, I watch it, and if I like it, we could work together. What happens then, is that I usually do a proposal of the festivals I would like to send the film to, and kind of the strategy short film strategy is not as big of a deal as with feature film so it's just where we are aiming for to premiere, how long are we keeping the film on the site till it premieres and that's the starting point of the strategy.

For instance I say, okay, we're aiming to premiere at the Toronto Film Festival. Then what will we do with the film afterwards? The first proposal will be around festivals and there's a cost connected to that. So I send this proposal to the filmmakers, they say yes or no, and we negotiate it. From that point on, I take on everything. I handle all the submissions to the festivals and if they are requested, festivals approach me, and if the film gets selected, I make sure the festival gets everything.

I get the filmmaker up to date on all the selections they get and they just have to get back to the festivals about a possible visit. It's really that I take everything out of the hands of the filmmaker. Also, when a festival approaches us for requesting the film, I go back and say, okay, what was the initial strategy that we had?

Is this too early to submit this film to them? This is maybe something we want to do in a while from now. So all those thought processes always go through my head when communicating with directors. How does acquiring the distribution rights for a short film and setting up a plan for premiering it differ from that of a feature film? I think there's more at stake nationally for a feature film than with a short film where you can screen in a lot of festivals after you premiere it in a country.

In the US, there's not that many festivals requiring a national premiere for shorts. This only happens when you have a really big film. For instance, at the moment, one of the shorts that I am working with won Cannes , so then you're really looking at, okay, what will be its North American premiere? Will it be a Canadian, or an American premiere? And in this case, every selection you get, you have to say, which other festivals will be canceled out because of this selection?

Djokovic pulling down his shorts

But if you just have a short that's good but that has no major attention, you don't have to look at which festival is first. Also, with short films usually you don't get news in advance, but with a feature, sometimes they have a festival set eight months before the festival actually happens to arrange the premieres. Or maybe some festivals are inviting the filmmaker with everything paid? If there's more of a festival budget for the filmmaker, there's a lot more that you can take into consideration when deciding which festivals you want to go to.

Every Type Of Shorts You Should Be Wearing This Summer

Every few years we have this public service announcement for the industry to trust in the visions of artists without commercial success. Where do you think we are right now with independent cinema?


Is there an audience that can financially support this? Yes, I mean, there's a huge difference between Europe and the US specifically in regard to funding.

In the US, you hardly have any - at least public funding that is. While in the Netherlands, a lot of independent filmmakers do get funding easily and a lot of films get made.


Where we have less problem getting films funded, we do have a lot of problems getting films seen by an audience, so I really focus on festivals. For instance, I had a feature that played at 80 festivals, so even if only saw the film at each individual fest, it was quite a lot festival wise, but in the end not that large of an audience. And then in Holland, only about people visited the film in the cinema - hardly anybody - because it's a documentary about refugees.

Overall, I think that there's a lot of interesting talent and a lot of good films being made. But the cinema distribution models are still not really up to date, at least the model in Holland is really old fashioned. Also the people going to the more independent cinemas are older people, a lot of them are 50 plus.

In Holland, we don't really screen independent US films. So I think, at least in Europe, a lot of good films are being funded, but not many people know about this. And you're kind of spoiled if you're in the festival scene because you know about all this talent and all these films, but you just know nobody will see them.

And in Europe, that's one of the biggest problems we have - getting people to go to the cinemas and rejuvenating this whole scene. If you were in charge of all of it, you know, if you could wave a magic wand, do you have a sensibility about what could be done to make that shift? Festivals have always been about building an audience and building trust from that audience. I know that people in their city just trust what the festival does, and that's why people go to it.

And then people come to find that they can trust their sensibility about everything and more people start coming. Tailored shorts are undeniably failsafe and while they may not be the newest style, what they lack in originality, they more than make up for in versatility. If you can think of a summer staple, the likelihood is that tailored shorts will get along with it just fine. 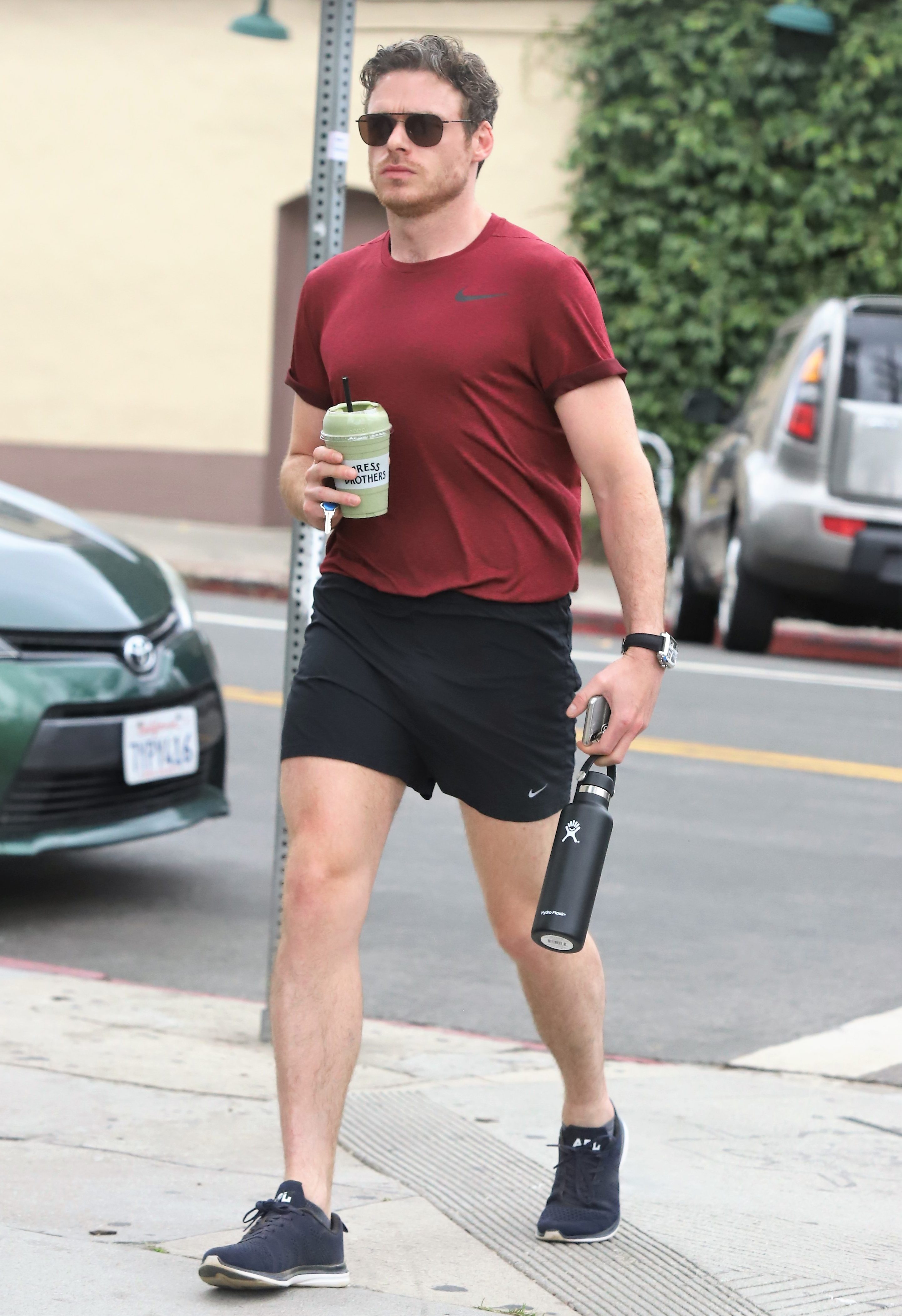